There is no life to be lived without rocking your truth! 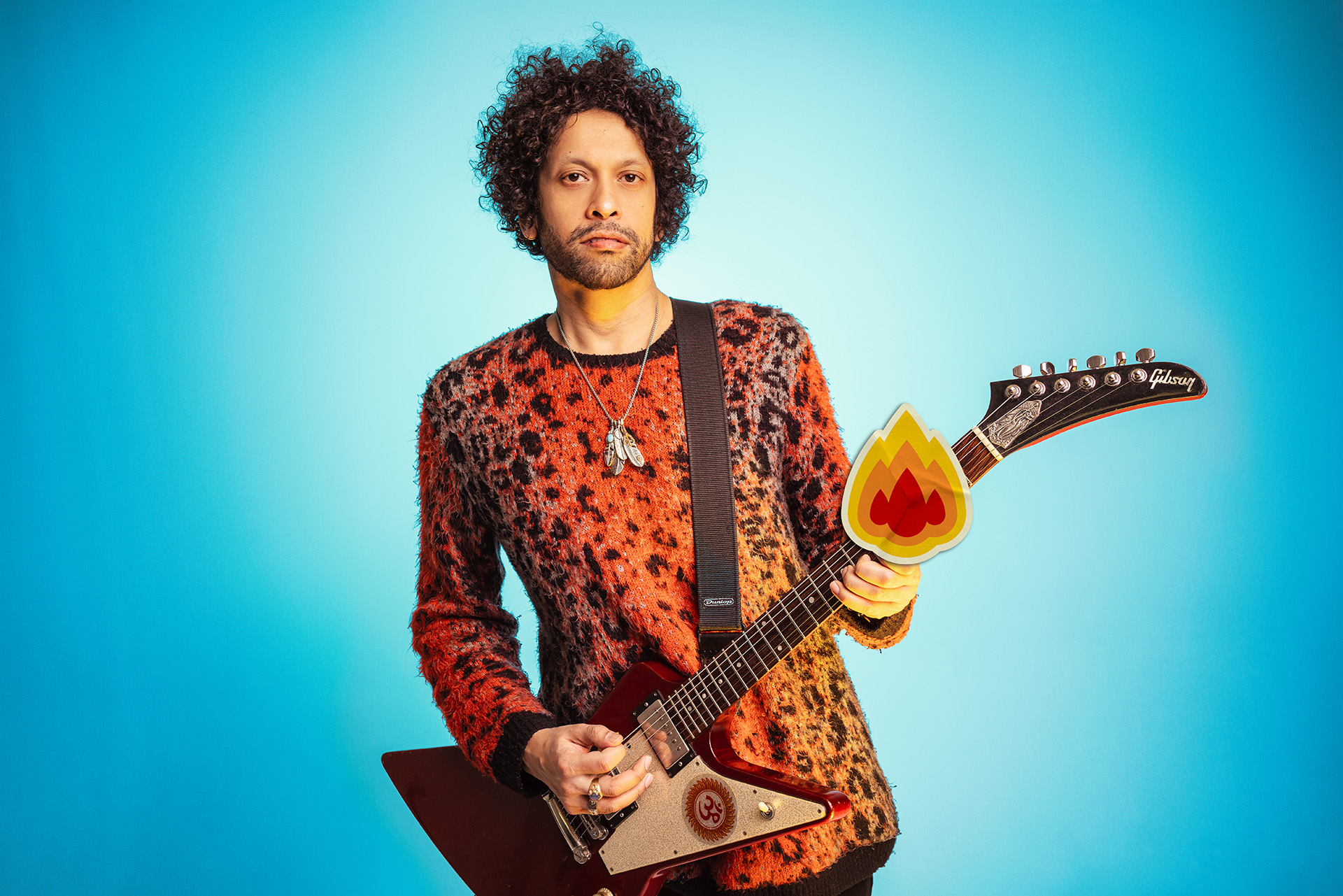 Many musicians are guided by trends of the moment. Others are simply driven by a duty to spread uplifting messages through music. Sanny Veloo falls into that second category – a Singaporean-born, Australian singer and guitarist whose music sits at the crossroads of alt-rock and classic rock. Blending big riffs, emotive guitar solos, catchy choruses, memorable arrangements and witty lyrics, the unmistakable vibe of Sanny’s music is delivered with a powerful ferocity and reinforced by messages that echo sentiments of chasing your dreams, love, and how we as a society can keep it real amidst the chaos.

Sanny made his mark in music with the legendary Singaporean punk band, Boredphucks, who the Singaporean government notoriously banned for allegedly inciting a riot during a local festival. Their songs were subsequently stripped off of radio station playlists and music stores, further adding to the band’s success as they shot to number 1. Ultimately, the performance ban was enough to force the trio to disband. However, to understand Sanny is to realise, that there is no life to be lived without rocking your truth. He instantly packed up his things and migrated across continents to Melbourne, Australia, which he’s called home ever since.

Sanny and his bandmates reformed as a band called The SUNS, where he spent three years touring with them across Australia in an old Ford Econovan. With over 500 shows from coast to coast across clubs, bars, house parties, and anywhere they could land a gig, and two successful EPs – the future looked bright for the band. It was one of the happiest times of his life until two tragedies struck – Sanny shattering his right elbow during an onstage accident (he now has a prosthetic metal right elbow), and the heartbreaking passing of their drummer and Sanny’s best mate, Wayne Thunder before a sold out concert. The band could not carry on without Wayne and subsequently disbanded. Sanny stepped away from music altogether and fell into a very dark place.

Sanny entered the corporate world working at customer service desk jobs, and his musical career began to feel like a distant memory. However, after a series of enraging encounters with clients and upper management, Sanny quit and walked out with his head high. On that day, Sanny decided that life was always about following your heart and chasing your dreams, no matter how impossible they seemed – he swore to devote his life to rock music.

Sanny re-entered the music scene, forming EMPRA alongside three friends named Matt who he met on an online forum and who all drove white station wagons. Over the seven years they were active, the band put out several successful releases, toured globally, took home international awards, and were nominated for reputable songwriting prizes. They supported the likes of Fall Out Boy, British India, Calling All Cars, and even landed the opportunity to collaborate with Grammy award-winner Gotye. The band had a short hiatus during lineup changes but reformed with famous Australian session drummer, G-Flip for a 55-date USA tour. This was the peak of their career, as they shared the stage with Weezer, and rubbed shoulders with the likes of Slash. Shortly after, Sanny received the news that his father’s health was in bad shape, so he returned to Singapore to care for him. EMPRA ended, and the rest of the band forged their own music careers and life paths without Sanny. While caring for his father, Sanny took the time to re-invent his musical direction, inspired and creatively invigorated by the time he spent with his dad and family.

Fast forward to today, and Sanny has incorporated everything he’s learned as an independent musician through his years of touring and experience playing live. Looking ahead, September 2022 will mark the launch of his single, ‘I Don’t Believe The Truth’, which will be available to stream and purchase across all major platforms. The anthem for anyone who has felt let down by their government and the media can’t help but catch on for its spirited inspiration and cultural relevance. With an entire album of material already recorded and ready to roll out in 2023 (hopefully with some backing!), Sanny’s future couldn’t look any brighter and he’s destined the most pivotal moment of his career to-date.

When not in the studio, Sanny is busy developing a strong cult following across TikTok and Instagram, with listeners & viewers around the globe fully aware that whenever Sanny resurfaces with something new, it’s worth paying attention to.