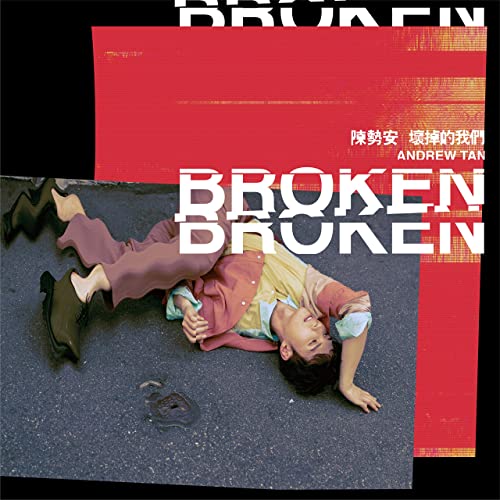 After EMPRA disbanded and I returned to Singapore to help care for my dad who was very sick. I had pretty much given up on a music career and was just playing the blues at home by myself along with BB King songs. Which was one of the best things I ever did for my guitar learning, to be honest, cos I became a much better guitar player and that kept me going through those tough years! But amidst all that musical wandering with no real direction, I chanced about something new.

One night though I was out in Singapore and bumped into an old friend Eric Ng. Eric is a brilliant songwriter who has written so many Number 1 songs for the Taiwan, Hongkong, Japan and Korean markets! We shared some drinks at a bar and he was like, “Hey you should try writing a pop song for this popstar that I’m producing! He’s from Malaysia and trying to break into the mandarin pop market!”. I was like “Yeah why not! I’m doing nothing now anyway.” And so he said that they were looking for a song that sounded like “Maroon 5 meets Bruno Mars, but don’t rip them off!”

Over the next week at home at my mum’s place, I tinkered on the guitar and came up with a skeleton structure of this tune. I sent it to Eric and he loved it and literally the next day, we were spending the entire night at a rooftop recording studio in Woodlands, Singapore. Together, we based out a demo of this song. It was an incredible experience for me to see how a world-class songwriter works. Eric is the fastest music arranger and ProTools operator I have ever seen and it was such an enjoyable experience.

The demo was sent to the popstar’s label, they loved it, and made it the lead single of this album. The final version was re-recorded in a lower key and then they show an EPIC music video for it. Turns out, this song is the most successful song I have ever been a part of in terms of streaming numbers!