The Human Race Ain’t Worth Saving 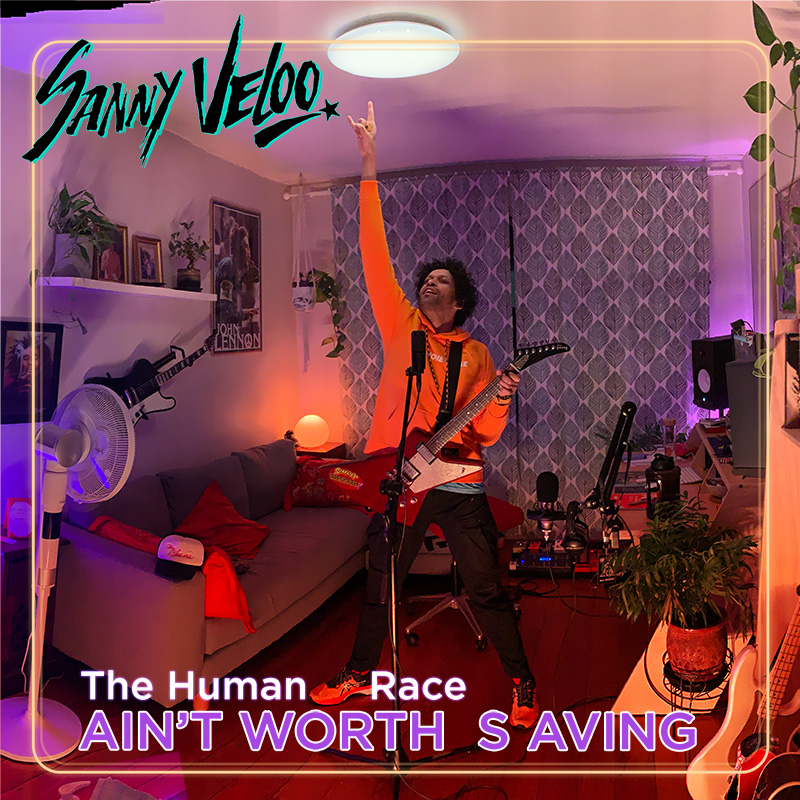 The Human Race Ain’t Worth Saving is the first song I’ve ever released as a solo artist. The song was inspired by footage of dumbass people fighting over toilet paper at the supermarkets. I mean, if the world was truly gonna end, and all you could think of was toilet paper, then you must be so full of shit! I felt I didn’t fit in with the wave of paranoia that was around me at the time and sometimes daydreamed I could just move to a different planet altogether and this song is all about feeling that way.

When the pandemic hit, I had heaps of free time so I decided it was the universe’s way of telling me it was time to start releasing all those songs I’ve been writing and recording at home for fun. But because everything was in lockdown and I couldn’t actually jam and record with a band here in Melbourne. So I decided to try something new and recorded this entire song with an online band!

I hired an amazing session drummer Nate Barnes from Denver and (believe it or not) got in touch with John Mayer’s bassist, Sean Hurley, who is a session legend from L.A. We spoke over FaceTime and they recorded their parts to my tracks and sent back their parts to me that same day. I dropped their files into my Logic Session and everything just exploded with so my vibe and my song came to life. It blew my mind wide open that I could put together music this way.

I am very proud of this song because it gave me the confidence that I could embark on a solo music career and so this is where it all started. Be sure to check out the homemade music video that me and my buddy Sam put together on my iPhone XR.